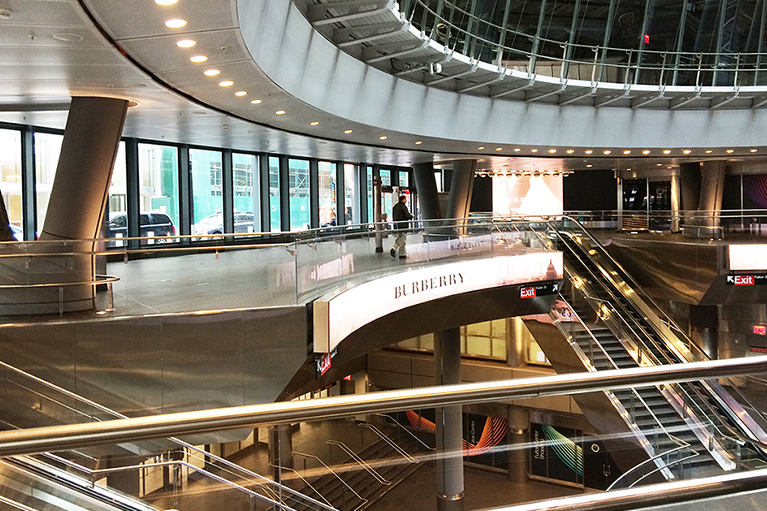 Fulton Center Subway Complex was renovated and reopened in 2014.

But the bigger challenge was building it.

The Metropolitan Transit Authority’s architects and construction workers had to resolve century-old rivalries among the nine subway lines around Fulton Street, the 2, 3, 4, 5, A, C, J, Z and R. Their stations originally belonged to three competing subway companies.

The builders smoothed out connections, diminishing the bobbing-and-weaving that had made navigation at Fulton Center an ordeal.

‘…expect it to become the new paradigm for stations.’”